The Issue: Obama is pushing forward one element of his landmark health reform bill (PPACA), which is to provide birth cotrol to all women without a co-pay. The administration sees it as a public safety issue in which millions of dollars can be saved in health costs preventatively. The Complications: Catholic women use birth control… END_OF_DOCUMENT_TOKEN_TO_BE_REPLACED 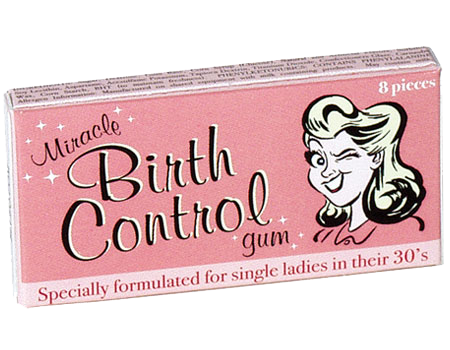 Obama is pushing forward one element of his landmark health reform bill (PPACA), which is to provide birth cotrol to all women without a co-pay. The administration sees it as a public safety issue in which millions of dollars can be saved in health costs preventatively.

There are morally religious reasons to be opposed to birth control. The main religious opponent of this new requirement is the Catholic Church (though they are not the only constituents opposed to the law, it’s convient to focus on their situation, especially for seeing the tensions relevant to the Free Exercise clause of the 1st Amendment). Part of this bill requires employers to provide this coverage for their female employees. When you are an employer like Catholic Carities of America, you find yourself paying for a service you morally oppose.

Obama is NOT waging a war on religion, but is sincerely seeking to benefit the public good. Just like universal health care is the best way to reduce costs across the board, Obama believes that the best way to ensure that the public receives the best outcome from birth control, it has to be universally available and used. That seems to be the logic. Unfortunately, Obama’s administration (which has several prominent Catholic, the VP nonetheless) didn’t consider the full implications of basically requiring Catholics to oppose Catholic moral teaching.

The administration did not take well into account that the Catholic Church in America has a long history of fighting legislation that is either accidentally or purposefully anti-Catholic in nature. Within Christianity, Catholics are one of the only denominations to oppose birth control as part of their pro-life stance. So pursuing this legilation can easily be understood as delegitimizing Catholic morality and religious teaching.

Further, the fact that Catholics themselves use birth control does not negate the fact that the Church as an institution is morally against it. Why should the government wedge itself between Catholic laity and leadership? It’s fruitless and destructive.

Obama’s latest move to require school, universities, and hospitals, but not churches is equally divisive. Human Health and Services Secretary Kathleen Sebelius issued a statement defining what a religious institution is or isn’t. How can the administration separate churches from their social service extensions?

Lastly, I find the National Council of Catholic Bishops urging to remove the mandate completely is equally divisive. Catholics have a right to their religious beliefs, but the audacity to push for their perspective to be enforced against 90 percent of the population or more is ludicrous. The claims by the religious-right that this legislation is an attempt to make abortion available to all is equally ludicrous and divisive. These kinds of claims need to be rejcted and discouraged from attention.

Get Notified of New Posts