A while back I detailed how to optimize your images for use on your website. Since then, I got a lot of feedback from users who opt to use WordPress plugins to automate their image optimization. That makes a lot of sense, I mean, it takes time to optimize images. But, I wouldn’t be doing… END_OF_DOCUMENT_TOKEN_TO_BE_REPLACED

A while back I detailed how to optimize your images for use on your website. Since then, I got a lot of feedback from users who opt to use WordPress plugins to automate their image optimization. That makes a lot of sense, I mean, it takes time to optimize images. But, I wouldn’t be doing anybody any favors if I didn’t do some due diligence and make some comparisons for you.

So there’s two major plugins I wanted to review that represent different ways of automating your image optimization in WordPress. One emphasizes optimizing the images that you upload regardless of their original size. The other gives you a way to find free images and upload them or serve them from a powerful CDN. 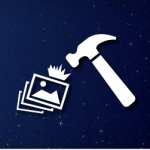 This plugin is the de facto choice of folks I know who want to optimize their images as they are uploaded. It is supposed to be how to take my post about image optimization, and throw it out the window. So we’ll test that.

This is a new plugin I recently came across and really wanted to test it out because it’s a really tempting approach. Basically, it puts a search bar for Flickr at the bottom of your edit screen. You search for an image you’d like to use in your post, then you can do the following things with it:

This is also interesting because it was developed right around the time that Getty Images announced that it would allow users to embed some of their images into your blog for free using their embed tool.

A lot of developers cried foul because of the completely useless way the embed works. So, having a resource that’s virtually as large, and embeds responsively and can be uploaded directly to your WordPress Media Library is a shot in the head to Getty.

A Couple other Options I’m not Comparing Here

I went into detail in another previous post on ways to optimize your Media Library and better manage Images in WordPress in general. In that post I gave a shout out to Imsanity. That’s an awesome tool that I use on virtually all my client sites now because it automatically down-sizes your images to whatever pre-set width/heights your design needs. But it’s not an image optimizer in the way EWWW is or a image CDN like WPInject.

Similarly, Hammy is a really interesting tool that automatically loads different sized images based on the screen size. I initially was testing that together with WPInject and EWWW, but found that it’s javascript was adding so much processes and additional http requests that it cancelled out any benefits of the smaller images. So the testing was just cleaner overall by excluding it from the results.

Smush.It is another image Optimizer, and honestly, you can lump it together with the results of EWWW below then mentally make it a little less effective.

So, in order to test these various tools out, I needed virtually identical environments but different installs. I can’t test WPInject well if EWWW is activated on the same install because EWWW would optimize the Flickr images when uploaded. I could have done sub domains of my site, but I really wanted to test out a new hosting service called Jumpstarter.io.

Jumpstarter.io provides one-click WordPress installs for free. You don’t pay anything until you’ve made 5,000 http requests a month, which doesn’t take hardly anything at all, especially if you’re doing extensive testing like I was. The servers are all in Ireland, but distributed with Amazon Web Services. So here’s the run-down:

(note: Originally I planned to keep all these environments up and visible since it was fairly affordable to do so with Jumpstarter.io. BUT! They discontinued their service… still a bit bitter about that.)

I used Pingdom Tools to test Pagespeed for Desktops. All tests were run from Dallas, TX, using IE9.

I used GTMetrix’s Public Beta Mobile Pagespeed tool to test for mobile speeds. All tests were conducted on an Android Chrome browser on a Nexus phone from Vancouver, CA (that was their only option).

For the Desktop speeds I used Pingdom tools, for Mobile I used GTMetrix since they have a Mobile test in public beta. The screenshots of the test results were added to the individual pages after the tests were done so they did not affect the test at all.

Considering the three environments, and the various ways the images could be used, I ended up with 6 tests total. The results are here.

There’s several things I think are worth noting:

The Next big Thing

So, have a small site? Use WPInject, it’s worth it. Big site? Read my optimization tutorial.

Also, since then, I’ve become a religious user of jpegmini.com and tinypng.org. They are both excellent online tools for jpg and png optimization.

Here’s a few other developments to watch out for.

16 thoughts on “Image Optimization and Automation in WordPress”