I can’t help it. My many hats all collided as soon as we started talking about building WordPress plugins with localization in mind. I mean, how can I be expected to make my plugin internationally available? I speak German. I mean I’m pretty fluent when it comes to items in the kitchen, or chastising my… END_OF_DOCUMENT_TOKEN_TO_BE_REPLACED

I can’t help it. My many hats all collided as soon as we started talking about building WordPress plugins with localization in mind. I mean, how can I be expected to make my plugin internationally available? I speak German. I mean I’m pretty fluent when it comes to items in the kitchen, or chastising my kids. But when it comes to technical issues my German gets weak. If someone wants to use my plugin in China . . . well, they’re out of luck!

Brad’s article about plugin localization really cleared up a lot for me. I’m not providing the actual translations, I’m just making my plugin easily translateable. That means that if suddenly, FooDocs becomes the next Michael Hasselhoff of China, that there will necessarily be Chinese folks who want a good translation of the plugin and they’ll be able to create a localized version of the language of the plugin so the settings all make sense to them. And Translation Services London service to customers with a plethora of languages & their dialects. That’s actually . . . really awesome!

The next thing that Brad’s article really helped me with is gaining serious knowledge in PHP as a coding language. I was reminded of back when I was learning CSS. I felt like I really had a good grasp of what was going on in everything I saw, until I saw something like this…

” What in the world is a colon doing outside the brackets!? And what in the world is ‘content” supposed to mean!?” I wondered. Well, at that time, I didn’t know a thing about CSS pseudo-classes. Now-a-day, I rely on them for a lot of great aesthetics, like making cool looking blockquotes or drop-caps in paragraphs. Suddenly, when I was reading through Brad’s article, and specifically the article he linked to called “What’s the difference between __(), _e(), _x(), and _ex()?” I recognized that a lot of the PHP coding that I previously had not understood at all was because of the localization. Suddenly, I felt like I was having a Sipher moment. 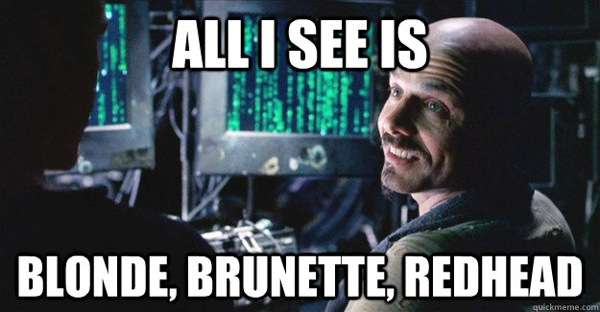 This is some of the most exciting parts of learning a new language. When you look at code and it actually . . . makes sense. Suddenly, all kinds of PHP codes I had dug into in the past that were basically Greek to me (except that I actually know a little Koine Greek… so maybe it was Chinese to me), suddenly come into focus and I see that it’s a string of words that relate to settings. Such a great “Ah Ha!” moment.

That leads me to my final conclusion about this whole Plugin development process. So often folks who don’t understand the web or coding want to call us “Geeks”, or “Code Monkeys”. This is their attempt to distance themselves from us. To say that they don’t need to know any of this stuff, and anyone who does understand this stuff is weird, or different, or just bland and boring. That is really, Just. Not. The Case.

Whether it’s learning HTML, or CSS, or PHP, or MySQL, or German, or Chinese, or basic Construction, or how to unclog a toilet without soiling your shirt. . . all of these things are skills rooted in a desire to better oneself. Coding is not mere “geekery”. It’s about life-long education. It’s about not settling for “just getting it done.” I don’t want to create an amazing plugin that ONLY makes sense to English speakers. Whatever I create, whether it’s FooDocs, or a sandbox for my son (which yes. . . I’m working on and failing miserably at right now), I want it to be excellent, because I am excellent. I expect excellence from myself, and only want to share excellence with others.

Michael Bastos is the definition of an Advanced WordPress user. He works for the U.S. military and schools them on proper coding and server configuration. He wrote this great article on the general LACK of code literacy in our modern generation. You might be thinking: “Oh, but my 9 year old plays with his tablet all day long! He’s great with computers.” No, actually, he’s not. He’s getting the computers for dummies version and is being told the lie that he’s great with computers, when the truth is, he’s never seen or understood a piece of code in his life. Even worse, he never will unless we talk more seriously about DIY computing, and a general DIY culture that is in serious decline.

I’m building a plugin with Brad, not because I have a ton of time on my hands, not because I think I can do something that no one else can, but because I believe that my hands were made for creation. I strive to be a Do-it-yourself-er in life. It’s a philosophy, it’s a template for living. These past two weeks, Brad and I worked on localizing a plugin. That may seem mundane for most folks, but when FooDocs is used in India to help teach elementary school children how to work with a new WordPress plugin that isn’t even created yet, I’ll sigh and be happy.

One thought on “FooCamp: Building Languages to the Sky!”